Warning: "continue" targeting switch is equivalent to "break". Did you mean to use "continue 2"? in /var/www/madbullmedia.dk/public_html/benjaminabana/wp-content/plugins/revslider/includes/operations.class.php on line 2854

Warning: "continue" targeting switch is equivalent to "break". Did you mean to use "continue 2"? in /var/www/madbullmedia.dk/public_html/benjaminabana/wp-content/plugins/revslider/includes/operations.class.php on line 2858

Warning: "continue" targeting switch is equivalent to "break". Did you mean to use "continue 2"? in /var/www/madbullmedia.dk/public_html/benjaminabana/wp-content/plugins/revslider/includes/output.class.php on line 3708
 About – Benjamin Abana
Hi I'm Ben. 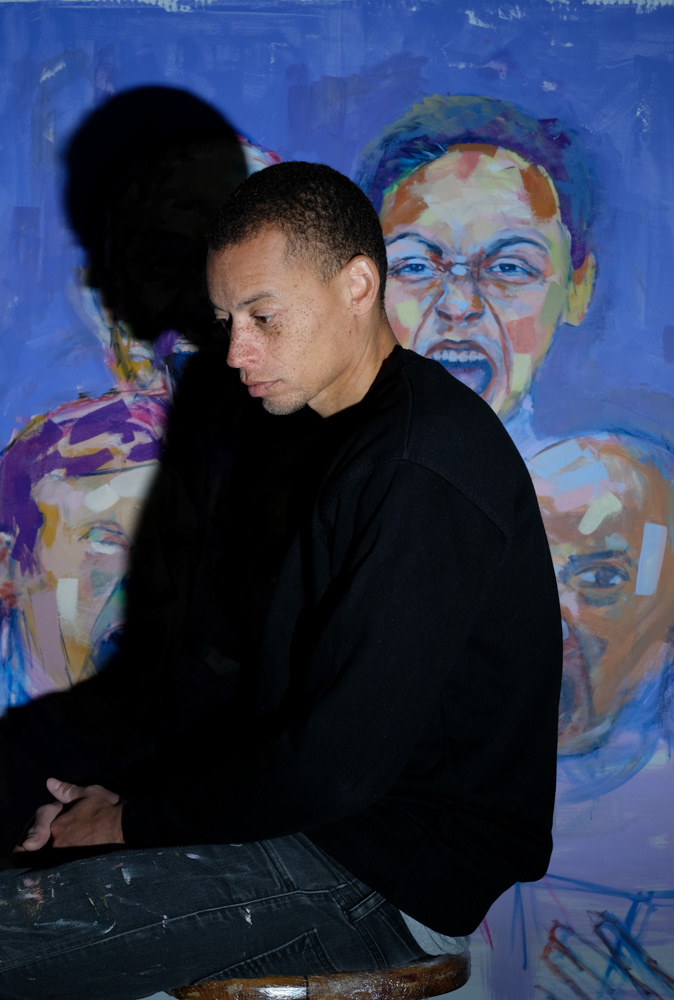 Benjamin Abana, b. 1982 Denmark. Self taught visual artist of Danish and Nigerian descent. Benjamin has been drawing ever since he could hold on to a pencil. He has worked as an illustrator, but now works as a full time artist. His style is expressionistic and figurative with strong ties to the neoclassical style. He navigates elegantly on canvas, but loves to experiment on other media such as wooden panels and recycled materials. Most of his artwork portrays living things, suchs as plants, animals and humans, often set in a moment between still life and movement. Characteristic for Benjamin’s works is his ability to combine the narrative and the visual. The works are often composed by bright colours and heavy contrasts, which emphasizes depth and layers in his paintings. They are rich in visual opulence and yet full of open space to interpret. Benjamin is a true colorist. Colours are used to register basic human emotions and to bring the beauty out the melancholy, capture personality and stage it. Driven by his curiosity and passion for the versatility of humans, their expression and imprint, Benjamin is an observer and storyteller, showing everything from the flattering sides of human nature while bluntly and truthful igniting the darker sides in others. He finds inspiration from Christian philosophy, stories from the bible and his own personal life. See more works at Instagram and Facebook.